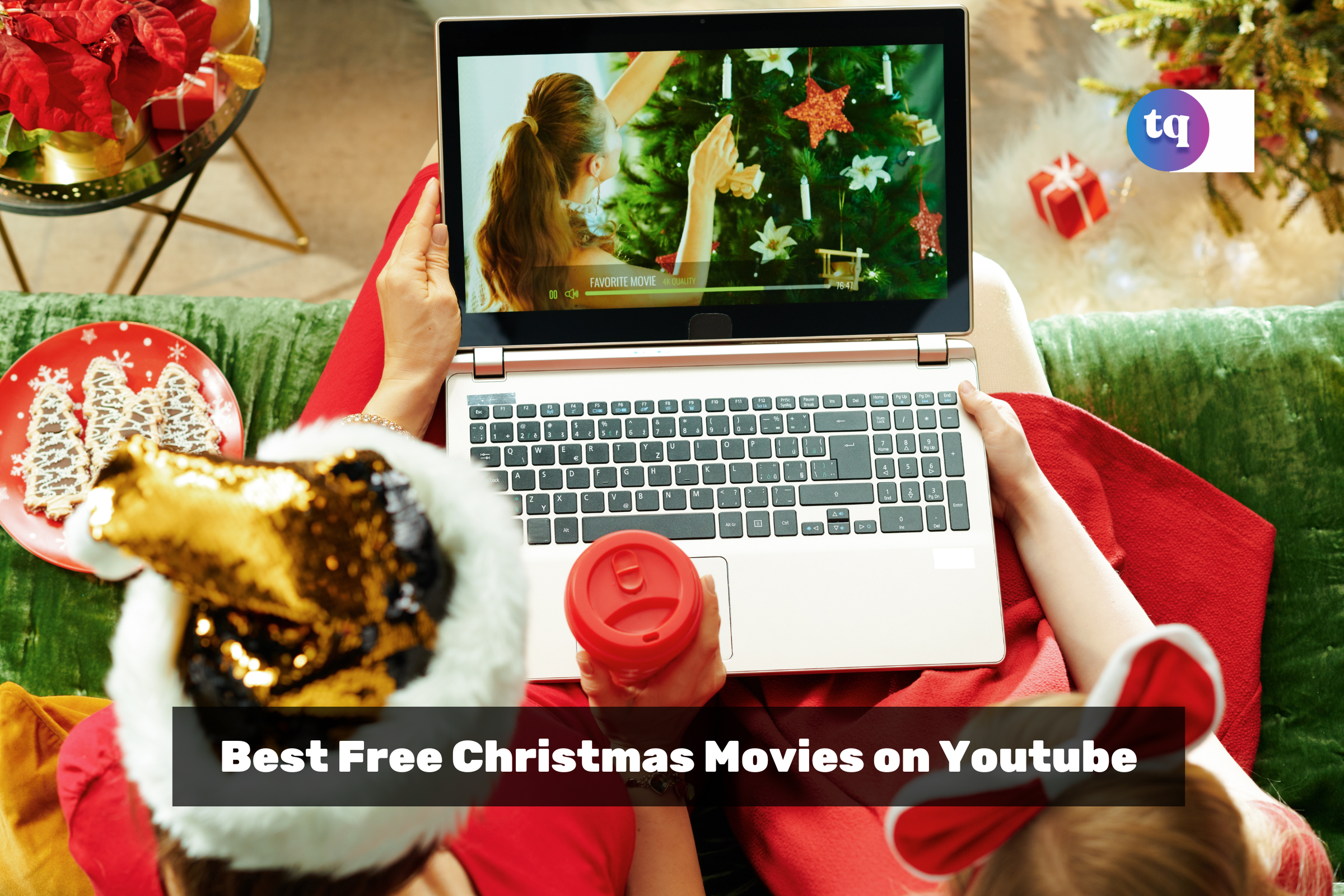 If you love Christmas movies and don’t care if they are Christmas, then you should be here!

The fact that it isn’t Christmas doesn’t mean you can’t enjoy a good Christmas-themed movie.

Here’s where it gets better.

Even if you don’t have a subscription plan or cable TV, you can still enjoy these movies for free online.

You don’t have to rent them. All you need is the internet, as YouTube is the best option. It contains a truckload of free Christmas movies for your viewing pleasure.

So, if you are as excited as I am, let’s get started!

Below are the 15 best free Christmas movies you can watch on Youtube in 2023 with the family.

Remember those movies where the actor makes a wish and gets exactly what he wishes for? Yeap! Richie Rich’s Christmas Wish is one such movie.

This movie tells the story of the richest kid in the world – Richie on Christmas day wishing that he had never been born.

Richie’s wish came true and now he has to find another wishing machine to get him out of the parallel universe he’s in, and back to his family.

This movie follows the story of an old and bitter miser who is known to be uncaring. However, he changes his ways when three spirits visit him on Christmas Eve.

More so, it is an American film adaptation of Charles Dickens’s book of the same name, starring Reginald Owen as Ebenezer Scrooge, an elderly miser who learns the error of his ways on Christmas Eve.

Sometimes, Christmas-themed movies aren’t what you would expect, and this movie is a clear description of it.

The Christmas Gift is a movie that reveals the celebration of Santa Claus. But much more than that, it shows us that in some situations, believing I am important is more important than the truth itself.

The movie is a 1986 Christmas-themed movie directed by Michael Pressman. This film stars John Denver, Jane Kaczmarek, Edward Winter, and Gennie James. It premiered on December 21, 1986.

The nutcracker is one of the Christmas holiday classics that everyone seeks to watch during the holidays.

This family ballet classic was filmed by the Pacific Northwest ballet in a huge version of the production in 1986.

This movie stands as one of the best versions of Nutcracker.

The Christmas Tree is a 1996 American Christmas drama film directed by Sally Field, starring Julie Harris and Andrew McCarthy, and produced by Walt Disney Television. It premiered on December 22, 1996.

This movie is all about reunification. A Christmas angel named Max saves the dreams of a nurse who’s struggling to save her E.R. clinic from being closed and reunites a fallen hero with his family.

It shows how we reunite with our loved ones during the holiday season. This film, directed by Andy Wolk premiered on November 30, 2003.

See Also: How to Watch the Twilight Movies in Order

A Diva’s Christmas Carol is a Christmas television film starring Vanessa L. Williams, Rozonda Thomas, and Kathy Griffin. The film is based on the Charles Dickens classic, “A Christmas Carol,” and premiered on December 13, 2000.

This movie tells the story of a popular pop singer with a huge attitude problem. Everything changes when she’s visited by three Christmas spirits.

This movie is enough to make you feel the warmth and the magic of the Christmas season.

Ernest saves Christmas is a movie from 1989 that features Jim Varney and his famous character Ernest.

This movie is a comedy movie and is a favorite among some of Ernest’s films for many.

This movie follows the story of an angel whose name is Max that carelessly messed up his heavenly mission and comes to town.

It’s an exciting movie to watch.

A Mom for Christmas is a Christmas fantasy-comedy film starring Olivia Newton-John, Juliet Sorci, Doug Sheehan, and Doris Roberts. This originally premiered on NBC as part of The Magical World of Disney on December 17, 1990.

The movie shows us that anything is possible during Christmas. It shows how the only thing a woman wants for Christmas is a mom, and she gets exactly what she wants.

Check out How Many Devices Can Stream HBO Max?

Santa Who is a holiday classic from the year 2000, starring Leslie Nielsen. In this movie, Santa suffers a severe case of Amnesia on Christmas Eve and needs to recover in time for Christmas day to enable him to deliver presents to all the good children.

Will Santa regain his memory or not? Find out by watching the movie below.

#13. On the second day of Christmas

On the second day of Christmas is a Christmas-themed movie that starred the hulk Mark Ruffalo in one of his earlier roles as a store employee who catches a con woman trying to steal from a department store on Christmas.

His character then agrees to be responsible for the con woman and her niece over the holidays to prevent them from staying with the social services.

In the course of this, a romance develops.

Find out what happens next by watching this movie.

A smoky mountain Christmas is a movie from 1986 directed by Harry Winkler and starring Lee Majors and Dolly Parton.

It tells the story of a country singer trying to spend a quiet Christmas holiday at home. Unfortunately, she becomes involved with a mysterious mountain man, an evil witch, and is forced to protect seven orphans over the holidays.

Find out what happens next!

#15. A town without Christmas

A Town Without Christmas is a made-for-TV movie that premiered on 16 December 2001. The film was the first of a trilogy with sequels, Finding John Christmas and When Angels Come to Town.

The movie tells a story about a little boy from a small town who wrote a letter to Santa. In his letter, he wished to leave the world so he wouldn’t be a burden to his divorced parents.

Now, everyone tries to find him before something bad happens. Unfortunately, this movie is no longer free on YouTube.

There you have it! The best free Christmas movies are on YouTube. Choose any that interests you, and have an amazing day!

Can I watch Hallmark movies on youtube for free?

Go to tv.youtube.com/settings/subscriptions (opens in a new tab) and select Hallmark Movies Now. You’ll get a free seven-day trial to see if it’s something you want to continue.

What should I watch this Christmas?

What Christmas movies can I watch for free on YouTube?

Is there a Christmas movie app?

Christmas Zone is the place to watch FREE Christmas movies and cartoons, including classics like Charlie Brown, Rudolph, Frosty, Miracle on 34th Street, and many more. This app will put the entire family in the Christmas spirit year-round.

Lifetime programming is not currently available on YouTube TV. To watch Lifetime, you can sign up for service with the following providers: Local Cable: Xfinity, Cox, Spectrum, Verizon Fios, or your local cable provider. Satellite: Dish and DIRECTV.