Home » Why Does My Xbox One Turn On By Itself? 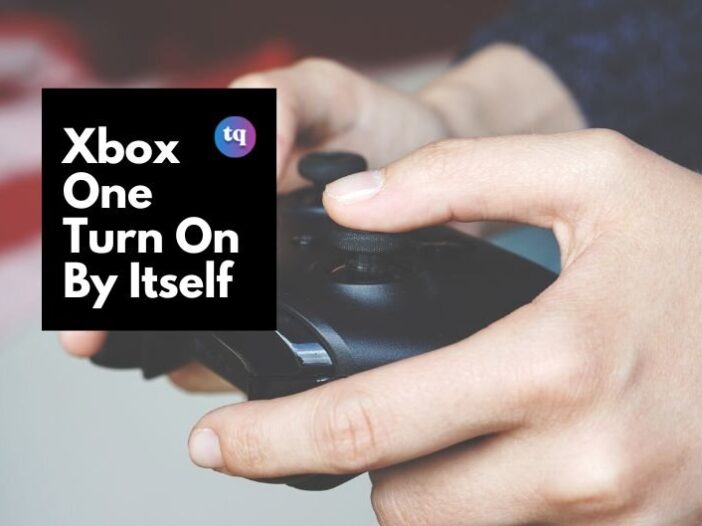 There are several methods for turning on your Xbox One. However, your Xbox One turning on by itself without any external stimuli is cause for concern. It’s not only infuriating, but it will also cause specific problems within its system. As a result, it’s critical to identify the root cause of such an occurrence and correct it before any unforeseeable mishap occurs.

Keeping this in mind, we will re-evaluate the most common reasons why your Xbox One turns on by itself. We will also examine some of the most straightforward fixes you can use to avoid such a problem. So, keep reading this troubleshooting guide to find out everything there is to know about Xbox One having a technical error that is causing a stumbling block in your life.

What Does It Mean When The Xbox One Turns On By Itself?

If your Xbox One activates by itself, this might mean that your console is experiencing a hardware or software issue. Hardware issues are usually caused by a faulty power supply, while software issues are often caused by a variety of things, including a corrupt system file or outdated firmware. If you are not sure what’s causing your Xbox One to turn on by itself, we recommend contacting Microsoft Support for assistance.

Why Does My Xbox One Start Up On Its Own?

The Xbox One is provided with a feature called Instant On, which allows the console to turn on automatically when it receives a voice command or an energy-saving mode is enabled. As a result, certain factors, like dust particles and debris, may have an impact on its operation, causing it to malfunction.

Furthermore, there could also be a problem with the sensor, controller, or internal modes that would cause the entire system to fail.

Let’s re-evaluate all of the possible causes of this unexpected, unwelcome, and troublesome fault in your console:

This might interest you-Can You Connect AirPods To Xbox One?

HDMI Consumer Electronic Controls, or HDMI-CEC, maybe a feature that allows your television to control all HDMI-based devices, including Xbox. This feature may occasionally disrupt your console’s normal operation and even turn it on without your knowledge. As a result, if your Xbox One activates by itself, search for this as a possible cause.

If this is often the cause of your system acting strangely, don’t worry; it’s easily fixed. Simply disable the HDMI-CEC feature in your TV’s settings. You should also contact the customer service center for your TV for more information, as the process of disabling differs between brands and models.

As previously discussed, your Xbox One’s power button could also be overly sensitive, causing it to turn on without external stimuli. This might be caused by an abundance of dirt, dust, and debris. In this case, all you’d like to do is clean your Xbox console with a microfiber cloth, and you’ll be good to go.

A faulty or malfunctioning Xbox controller could even be the source of your Xbox’s strange behavior, causing it to turn on automatically. To figure out if this is the problem, check the button on your Xbox and ensure it isn’t stuck down. Remove the controllers’ batteries as well and see if the problem persists. If not, the faulty controller has been the source of the matter since the beginning.

4. Instant-On Mode has been Enabled.

On your Xbox, you can enable another common feature: instant-on mode. This may result in your Xbox system partially shutting down, which is like being in low-power mode. You can also address this issue quickly. Simply disable the instant-on mode on your console and restart it for an entire reboot.

You might find this interesting-How to Fix Lag on Xbox One: Here’s 7 Tips on What to do

Outdated system updates might be another reason for your console to turn on by itself. In this case, update your system with the most recent updates to eliminate all potential obstacles within your system, which can also improve the normal operation of your system. To avoid such incidents, keep your system up to date at all times. To avoid this, disable the automatic update option.

6. Enabled the Cortana or Kinect Feature.

The enabled Cortana feature may cause your console to turn on. Microsoft’s virtual assistant feature comes in handy. However, a mistake within it may use random conversation or noise from the room as a stimulant to turn on the console without any actual instructions.

How To Prevent The Xbox One from Starting Up By Itself

Let us now go over the fixes for the aforementioned causes in greater detail. They are fairly simple and easy, and they won’t require much of your energy or time, as well as any expert guidance.

If your Xbox console’s strange behavior is caused by Instant-On mode, the only way to fix it is to turn it off. To do so, follow the steps outlined below.

2. Close Up the Automatic Updates.

If automatic updates are causing your console to shut down with the quality system, take the following steps:

If HDMI-CEC is causing your console to turn on automatically, don’t wait any longer and simply disable it in your TV settings. To do so, go to the TV settings and look for the option “Disable HDMI-CEC”; select it. This process may differ on different TVs, so contact the TV company’s customer service center for more information.

As previously discussed, your Xbox’s controller may contain something that will push or bump the power button, causing your console to turn on. So, just keep the controller safely tucked away somewhere where the facility button won’t be accidentally pressed.

The dust or dirt on your Xbox’s power button may affect the sensor, causing it to turn on without you even being close to it. To deal with this, simply clean your Xbox daily with a fine-fiber cloth. Also, keep your Xbox out of the reach of youngsters and pets to avoid it becoming dirty too quickly.

6. Use Cortana or Kinect with a Headset.

Cortana, as a virtual assistant, can devour conversations in the environment and turn on your Xbox. You can simply turn it off or use a headset or Kinect to use it, and it’ll prevent you from hearing voices and conversations in the room where it is placed. Cortana may then only require a headset or Kinect to function, like turning on the Xbox console.

Your Xbox One turning on with no stimuli is cause for concern. It’s not only frustrating but also frightening, and it’s going to cause unavoidable glitches within its console. As a result, it’s critical to identify the root cause of such an occurrence and correct it before it leads to irreversible harm.

Why does my Xbox One activate by itself?

Why does my Xbox One activate automatically at night?

Power button sensitivity is one of the primary reasons for turning on the Xbox One by itself at night. The easiest and simplest solution is to thoroughly clean the console around the power button.

Why does my Xbox One activate automatically when I turn on the TV?

If your TV supports HDMI Consumer Electronic Controls (HDMI-CEC), this might be the source of the problem. To resolve this issue, you need to disable HDMI CEC via the TV’s settings.

When I play Cold War, why does my Xbox One activate by itself?

Why does my Xbox One turn itself on and off?

Hold down the facility button on your Xbox One for at least 10 seconds. As a result, your console will enter standby mode. Now, activate the console to boot it without any issues.