Home » What Is Containerization in DevOps? 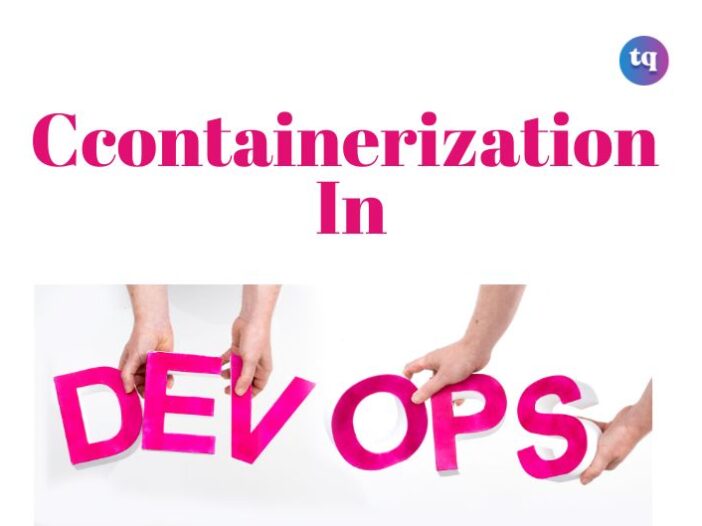 Containerization in DevOps: Nowadays, most software is built using a microservices architecture. The easiest way of building microservices is by using containers.

But technology and architecture are only half of the equation.

Processes, company culture, and methodologies also play a big role in the software development process. For this part, the most popular approach is to follow DevOps practices.

In fact, containers and DevOps complement each other. In this article, you’ll learn how one relates to another and what containerization and DevOps are all about.

Containerization is a type of virtualization in which all the components of an application are bundled into a single container image and can be run in isolated user space on the same shared operating system.

Containers are lightweight, portable, and highly conducive to automation. As a result, containerization has become a cornerstone of development pipelines and application infrastructure for a variety of use cases.

Understanding what containerization is and how to implement it securely can help your organization modernize and scale its technology stacks.

How Does Containerization Work?

Containerization works by virtualizing all the required pieces of a specific application into a single unit.

Under the hood, that means containers include all the binaries, libraries, and configurations an app requires. However, containers do NOT include virtualized hardware or kernel resources.

Instead, containers run “on top” of a container runtime platform that abstracts the resources. Because containers just include the basic components and dependencies of an app without additional bloat, they are faster and more lightweight than alternatives like virtual machines or bare metal servers.

They also make it possible to abstract away the problems related to running the same app in different environments. If you can provide the underlying container engine, you can run the containerized application.

What Are The Layers of Containerization?

Below are the layers of Containerization:

Hardware infrastructure: The foundation of each application is a collection of tangible resources that may be put to productive use. In order for containers to function correctly, these resources must be present. They could be running on a laptop or at one of the many data centers connected to the cloud.

After the hardware layer comes the next layer, the host operating system. As with the hardware layer, this may be as straightforward as installing Windows or *nix on any personal computer, or it could be handled entirely by a cloud service provider.

This is where things begin to take an exciting turn: the container engine. Container engines are software installed on top of the host operating system and are responsible for virtualizing the resources required by containerized applications.

This layer is the easiest to grasp when Docker is executed on a computer. This layer ensures the container is up and running and manages its overall lifecycle.

Containerized apps are bits of code that include all of the libraries, binaries, and configuration settings that an app needs to execute. Containers are also known as Docker containers.

An application that has been containerized operates as its process in “user space,” which is distinct from the operating system’s kernel.

What Does Containerization Mean for DevOps?

Containerization entails placing a software component and its environment, dependencies, and configuration into an isolated unit called a container.

This makes it possible to deploy an application consistently on any computing environment, whether on-premises or cloud-based.

Docker containers are a natural fit for DevOps, providing significant advantages compared to virtualization or bare-metal deployment. They are easier and faster to deploy, require fewer resources to run, are easier to manage, and are generally more flexible.

These advantages help DevOps teams break applications into microservices, each of which can be rapidly updated and deployed, increasing development velocity and improving agility.

In addition, containers allow DevOps teams to standardize the way applications are packaged, delivered, and deployed across the development lifecycle.

You’ll find these useful: Freelance Programming as a Career (With Salary and Tips)

How Can Containers Benefit DevOps Teams?

The integration of software development and IT operations requires rapid change while keeping the cost of change low. Thanks to auditable and replicable organizational processes, teams work together at a higher pace and develop a culture based on experimentation and transparency.

IT teams can identify inefficiencies and shift priorities faster.

Consequently, containers are a fundamental component of many DevOps processes.

They are lightweight, can be deployed consistently in multiple environments, and are easy to transfer from one team to another. In this way, they help foster cross-organizational collaboration.

The transition to containers is helping developers and security teams address issues earlier in the development process before they become issues in production environments (a concept known as “shift left security”).

Many organizations are fostering collaboration between DevOps and security teams to address security concerns from the onset of the development lifecycle – a pattern known as DevSecOps.

Containers promote shift left because they typically support a single, isolated service, which is easier to automatically test, troubleshoot, and fix throughout the development lifecycle.

A containerized model allows issues to be fixed at the container level without having to re-architect and redeploy entire applications, which can be too complicated and too resource-intensive for agile DevSecOps methodologies.

Best Practices for Containers and DevOps

Here are the best practices for Containers and DevOps:

In a DevOps environment, developers commonly use container images from public repositories and may also build their own images with custom components.

DevOps teams must scan and verify images early in development and build phases to ensure critical vulnerabilities in base images are identified and resolved before moving on to the next stage.

This process should be fully automated for easy adoption and fast remediation of issues by developers.

Here is A Beginners Guide To Abstraction in Object-Oriented Programming

This can put sensitive data at risk, impact the performance of web applications, or result in non-compliance with standards and regulations.

Start by testing applications against the OWASP Top 10, and use tools like Static or Dynamic Application Security Testing (SAST/DAST) to perform more comprehensive, automated testing of applications and custom code.

Software Composition Analysis (SCA) also helps identify known vulnerabilities in any open-source components or third-party libraries. These steps must be done during development, following the application’s build phase, and during the testing or validation phase before deployment.

Automating security testing during the build process and integrating it into the CI/CD pipeline will ensure a smooth workflow between all stakeholders and minimize disruption when issues are detected.

What are the Benefits of Containerization in DevOps?

Containers help with everything. Thanks to containers, different environments (e.g., development, test, production) can be the same since you no longer rely on operation teams to make sure different servers are running the same software versions.

Here are some of the benefits:

Continuous deployment becomes easier with containers too. That’s because containers, in general, are small (or at least they should be), so it just takes seconds to deploy a new version of a container.

Another benefit of containers is that different parts of your application can be written in different languages. Therefore, developers aren’t limited to one programming language but can use languages they’re the most comfortable with. This contributes to DevOps because it gives you more freedom in arranging teams.

Containerizing programs prevents malware from harming other apps or the host system. Specified security permissions are set to stop undesirable components from entering other containers or limit communications.

People complain about an application functioning well in one environment (e.g., staging) but not in another. It is a DevOps dilemma. Usually, the problem is an environmental difference.

Perhaps a dependency was updated. The same container images, including dependencies, can be executed everywhere with containerization.

See also: The 3 Major Programming Paradigms You Should Know

What Are The Downsides Of Containerization in DevOps?

With all the benefits of containers comes a downside: the cost. Networking becomes much more complicated since containers need to talk to each other. This is usually done using REST API.

Therefore, instead of having only front-end to back-end and back-end to database connectivity, you’ll have dozens of connections, creating a complicated networking mesh.

The same applies to logging. You’ll no longer have one place to read logs from; each container will create its own logs.

You’ll have to aggregate them, and it might become more difficult to have a general overview of the whole application. There are, however, tools like SolarWinds® Papertrail™ to help you with that.

As you can see, containers and DevOps are often put in the same box for a good reason. They complement each other well. Containers make implementing DevOps easier, and DevOps helps extract the most value from containers.

No one will stop you from packaging a badly designed monolithic application into a container. However, in such a scenario, you won’t benefit much from containerization.

Implement DevOps at the same time, and you’ll start breaking the monolith down and implementing microservices, which will then uncover the benefits of containers.

What is the purpose of containerization?

What Is The Use Of Containers In DevOps?

Why is Docker Used in DevOps?

The value of Docker for DevOps continues as it enables an entirely isolated application to be deployed to multiple servers. As it spreads to the servers, no other applications can access it