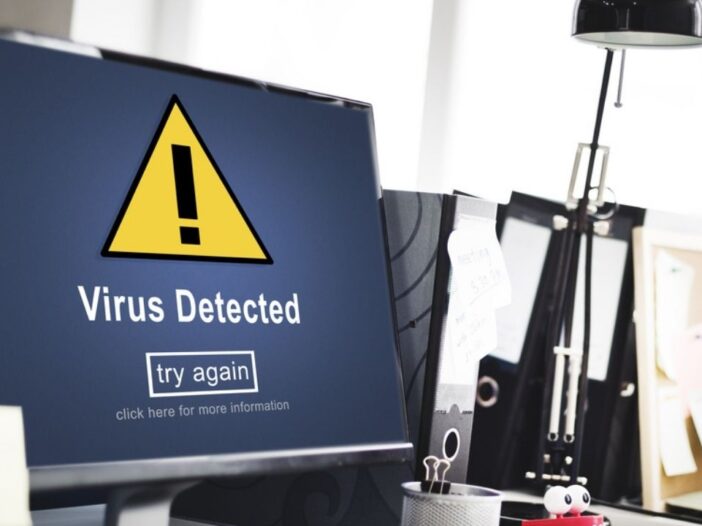 COM Surrogate is a compulsory part of Windows. However, hackers use fake versions of it to infect a PC while avoiding detection.

In fact, it is one of the most common malware infections on Windows computers. It can be very dangerous, especially if it has been on your system for so long without detection. But it’s not so hard to get rid of.

One thing you should know about getting rid of COM Surrogate is that trying to remove it manually is a very bad decision.

If you attempt to remove it manually, you can cause permanent damage to your Windows. Hence, the best way to remove the COM Surrogate virus is by installing a very good antivirus suite.

A good antivirus suite will not only remove the virus from your computer but will also make sure that your device is safe from future infections.

So, if you want to know how to get rid of the COM Surrogate virus, here’s a basic understanding of what it really is first.

What is the COM Surrogate?

The COM surrogate is also known as the dllhost.exe the process is one of the invisible programs on your computer. This is because the only time you’d notice it exists is when it crashes and you get the message “COM Surrogate has stopped working.”

Sometimes, there are multiple COM Surrogate processes running at once. If you go to your task manager, you’ll normally see two of them running.

COM stands for Component Object Model. It is an interface introduced by Microsoft in 1993 that allows developers to create “COM Objects” also known as extensions using a variety of different programming languages. This is used for certain programs in Windows 10 also.

For instance, Windows Explorer has a COM object that allows it to create thumbnails for images and videos in a folder.

However, the problem with this is that the COM objects would crash and bring the Explorer down with it too. This means that if a COM object failed for any reason, your entire system fails with it.

With this new development, if the COM object crashed, it would only take out the COM Surrogate process and Explorer will continue running. Sounds better, right?

READ ALSO: How to Disable JavaScript in Firefox on PC or Phone

Is COM Surrogate a Virus?

There have been several instances in the past where viruses and trojans have hidden in the Windows operating system by making themselves COM Surrogate and other Windows processes.

If the COM Surrogate process leads to a file called “dllhost” in the C:\Windows\System32 folder, then there’s a high chance it is not a virus. If it leads elsewhere, then you really need to run a virus scan immediately.

Usually, the COM surrogate uses very little memory and CPU, and there are only one or two instances of it running.

So, if you notice that there are numerous dllhosts.exe processes or the process is eating up more than 1 to 2 percent of your CPU, experts advise that you perform an offline virus scan which is better at detecting tricky hidden viruses.

Can I Disable the COM Surrogate Process?

You can’t disable the COM Surrogate process, as it’s a compulsory part of Windows. In fact, it’s really just a container that’s used to run COM objects that other processes want to run.

How to Remove the COM Surrogate Virus

If the COM Surrogate process is located anywhere other than the dllhost.exe, then you have a virus and should follow these steps to remove the virus.

If you suspect that there is a COM Surrogate Virus in your system, DO NOT connect your cell phone, tablet, or USB drive to an infected computer.

Once you’ve downloaded a secure antivirus program, run a full disk scan on your computer.

A full disk scan will detect, quarantine, and remove every copy of the COM Surrogate virus. Additionally, it will ensure that your device isn’t infected with any other malware, including spyware, rootkits, or worms that can often run undetected.

NOTE: Run the full system scan until it’s finished. DO NOT cancel the scan when you see the virus appear on the infected file list. There’s no way of knowing how many copies of it exist in your system.

Also, a full scan can take anywhere from 1–4 hours, so be patient because your antivirus needs to analyze every single file and process on your computer.

When your antivirus alerts you that the scan is complete, every instance of malware on your system will be identified and quarantined including the COM Surrogate virus.

#2. Remove the COM Surrogate Virus Infection and Other Infected Files

When your antivirus has identified and quarantined all your infected files, it will give you the option to delete them.

You can decide to go through the quarantined files to make sure that there are no wrong files before deleting them.

After you’ve deleted all the files, it’s best to restart your computer.

After restarting your device, run another full disk scan to ensure your antivirus has removed all traces of the COM Surrogate infection.

This may not take as long as the first time because most antiviruses know which files they’ve already scanned and are able to analyze your disk more rapidly.

Similar to the first one, allow the virus scan to be complete before you do any other thing. Once the scan is completed, and you’ve reviewed and deleted all infected files, you can breathe because your device is free from Malware.

READ ALSO: Why Is My Internet So Slow On My Phone | Quick Fix?

#3. Keep Your Device from Getting Re-Infected

I’m sure by now your experience with the COM Surrogate Malware isn’t something you want to have again.

So, the best way to prevent this from happening again is to keep your device from getting re-infected.

Here are several things you can do to keep your device protected.

a. Keep Your Software, OS, and Drivers Up-To-Date

Software updates can be very annoying and data-consuming, however, they are essential to keeping your computer safe from malware threats.

More so, when developers find vulnerabilities in their software that are being exploited by hackers, they patch those vulnerabilities and send them to their users like updates. Hence, the need for you to regularly update your software.

When an operating system ages, developers will stop supporting it. So, any vulnerabilities wouldn’t be fixed with updates.

Most operating systems and programs have an auto-update function. It’s best to select this option to make sure your device and system drivers are up-to-date.

b. Secure your Wireless Network

Another method to keep your device protected against Malware is by securing your wireless network.

Whether it’s from an email or a suspicious website, don’t download files unless you know it’s a trusted source.

The majority of Malware is delivered with legit-looking free software or delivered with emails. Your antivirus can help detect this by scanning emails and all downloads before they make any changes to your computer.

However, it’s best to just avoid it. As they say, prevention is better than cure.

d. Get a good Antivirus program

There are lots of antivirus programs available. However, just a handful of them is as good as they claim to be.

I hope this post helps you properly understand what the COM Surrogate Virus is and how to get rid of it on your system.

If you have any questions, kindly let me know in the comment section.

Can I disable COM Surrogate?

You can’t disable COM Surrogate. It’s a core system function within Windows that will be called upon every time an application requests it.

Why is the COM Surrogate virus dangerous?

The COM Surrogate virus is dangerous because it can open a backdoor into your system. Hackers can use that backdoor to break into your computer and steal sensitive information. This can include:

Where is COM Surrogate located?

COM Surrogate is an internal process that is initiated by dllhost.exe — which is located in your System32 folder*.

Why does COM Surrogate keep crashing?

How do you know if you have a COM Surrogate virus?

It can be tricky to tell if you have a COM Surrogate virus as it cleverly hides as a genuine Windows process. If you suspect you have an infection, you should immediately run a full scan of your PC with antivirus software.

Is COM Surrogate a Virus?

COM Surrogate can sometimes start asking for your password when the process has been manually shut down.

Can I kill the COM surrogate?

Yes, you can remove or stop it from the Task Manager, but it will harm the working of your system and can even result in Windows getting corrupted

What is the COM surrogate process?

Why do I have two COM surrogates?

People with malicious intentions replicate COM surrogates and try to harm the system. If there are two files on your system, then one is the infected file.

Is Windows Defender any good?

The Windows Defender is a good security program, but it isn’t strong enough against various viruses and malicious files.

Should I delete the COM Surrogate process?

No, you should not delete the process because it is one of the vital processes of the system, and if it is deleted, it can result in Windows getting corrupted in the system.